The team started out with six people. Now we are seven! Christoffer, a great animator and artist have joined us and we want to introduce him to you. So here is a team interview dotted with some artwork from his own portfolio. Enjoy!

Maybe you can start by telling us a little about yourself?

Sure! I’m from Tønsberg, about an hour and a quick left turn south of Oslo. I’ve always enjoyed drawing, but got myself a bachelor degree in business before I gathered enough courage to pursue my passion. I also enjoy anything politically incorrect and consume unhealthy amounts of Urge.

Why did you want to work as an animator?

When I started pursuing a more creative education, drawing seemed like the most obvious choice. About a year later I figured out I also had a passion for storytelling and animation just seemed like an obvious fit for me. So I went to uni and got a bachelor degree in animation as well. 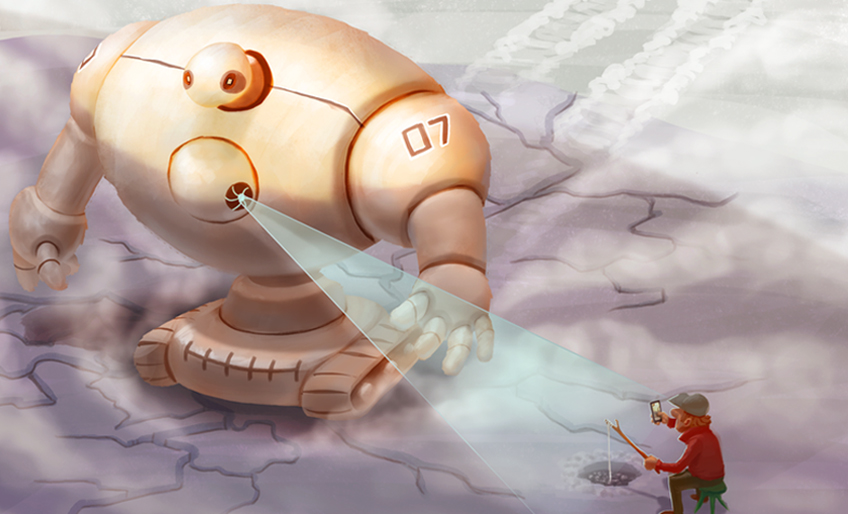 What’s important within game design for you?

I’m rather new in the gaming industry, at least at the production end of things, and I guess my feelings now could easily change in the future, but my main rule is to create games that I enjoy playing myself. I can understand why some focus on making replicas of successful games to have predictability with regards to income, but I can’t see myself ever being a part of that mindset. As a game designer I want to be an innovator and not a copycat. I want to be part of the team other teams copy.

Could you tell us about the animations you did for Agents VS Villain?

I animated the traps, platforms and characters and I used a combination of Flash, Spine and After Effects. We knew the characters were going to be really small on screen and their movements would have to be pretty exaggerated to tell what they were doing. Also, given the nine-day time limit I had to take a few shortcuts here and there and play it pretty safe. For instance the characters have no visible personalities or unique animations. They’re all the same skeleton, but with different skins. The traps are made with a combination of frame by frame and tweens and are pretty straightforward as well.

What are your responsibilities in the team and what does your workflow look like?

I’m the animator, but I also do concept art, design and illustrative work if needed. It’s hard to write down my process in a short interview, but a huge part of it is visualizing stuff before I even pick up the pencil. I train my visualizing skills when I don’t have anything better to do which may sound weird, but I feel it makes me work faster when in the trenches.

How did it feel to win the Norwegian Championship in Game Design?

When they called our name I was super pumped straight away and being a champ feels awesome. When your work is also your passion and you bust your balls every day to make it in a competitive industry like this I got to admit this felt great. Still, even if we hadn’t won I would feel victorious just because everyone that played our game seemed to enjoy it a lot. That, and the fact that our “stand” was always crowded with people validated my main rule: if you make a game you love to play yourself, others will love it as well. 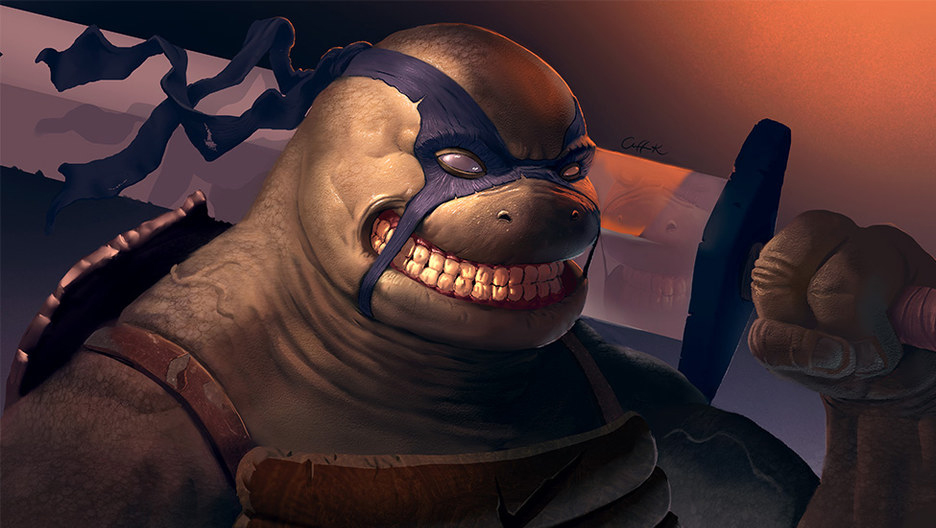 Did you encounter any challenges and how did you solve them?

I think this was one of those freak incidents where everything just worked like intended. There were small bumps in the road but nothing major that put a halt in the production. The only thing I can think of was at the very beginning when we tried finding an idea. We spent two whole days brainstorming, trying to find one everyone liked. So I sort of felt we wasted a lot of time, but our fearless leader Dag-Erling insisted on taking our time at the start and said we would save a lot of time on it during the rest of the production. He was absolutely right and in the future I’m going to insist we do the same thing. I did manage to delete the work file for stage one’s background, which is a horribly embarrassing thing to do. I solved that problem by swearing and shouting out loud for a few minutes.

Check out more of his work on his own webpage